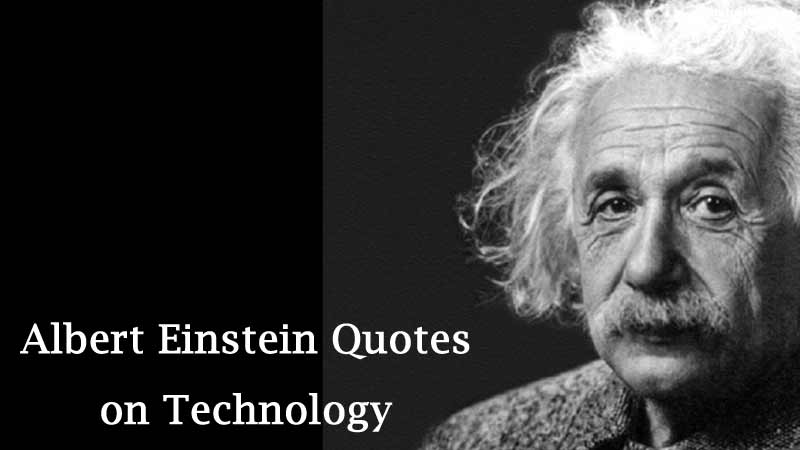 Technological advancement has comes to a stage where it has now even the capacity to surpass human brains. Yes, the prophecy of Albert Einstein has come true. He was the theoretical physicist and one of the greatest thinkers the world has ever seen. The man (1879 – 1955) behind the various contributions such as Quantum Theory of Light, Theory of Relativity, Avogadro’s number, Bose-Einstein Condensate, Photoelectric Effect, and many more has envisioned it right.

Albert Einstein was one of the initial contributors to the creation of an atom bomb. He used to get tensed about technological advancement threatening the future of humanity. Hence, he was an active advocate of peace and the relationships between countries.

“I fear the day that technology will surpass our human interaction. The world will have a generation of idiots”. 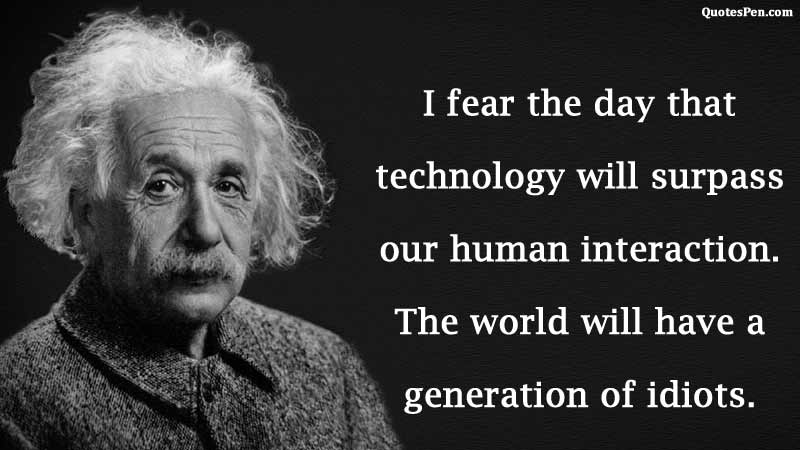 This was one of his preeminent prophecies of all the times. It seems like a pessimistic truth has happened now.

A simple exercise can confirm these Albert Einstein technology quotes. How many of us can remember the mobile phone numbers of our near and dear ones? Yes, the doubt was right. Who bothers! In contrast, we use to do that. In earlier days we used to memorize hundreds of numbers. We lost the ability to memorize due to advancements in technology.

Examples can be many.

It is normal to use a mobile or a calculator to add 6+7 to find an answer of 13. No one wonders why.

The meeting became online. Virtual reality killing the human touch and we humans even started believing it as real.

Time to afraid, as Albert Einstein rightly said on technology,

“It’s become appallingly clear that our technology has surpassed our humanity”. 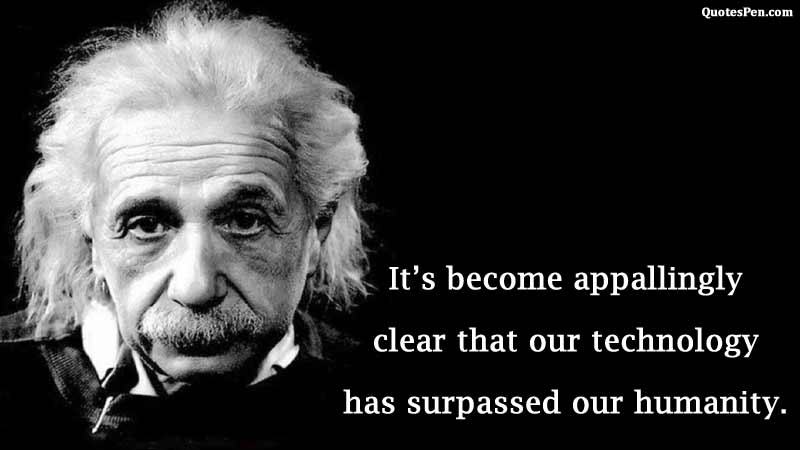 The more technology advances, the more the slanting of human values happens. This is fairly quoted by Mr. Einstein. Living in the age of atrocity, mankind acclimates to evils like the darknet, crimes, and weapons. Even an American film named Powder released in the year 1995 has also narrated these wordings.

“Technological progress is like an axe in the hands of a pathological criminal”. 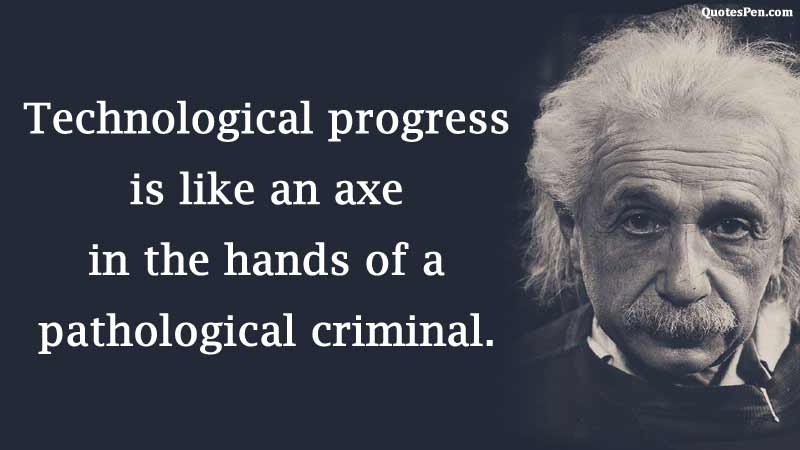 This is another quote by Albert Einstein on technology. Humankind is busy advancing themselves by adding the number of G’s in mobile connectivity. We are looking forward and working for 5G and 6G to come up. In contrast, we forget the biological or health impacts the exposure can cause. The DNA Damage happening due to this resulting in cancers and tumors are the least of our priorities.

Einstein was correct. Our powerful uncontrollable feelings and extremely unacceptable way of behavior have made us pathological criminals. Technology is the right handy weapon, the future seems worrisome. The progress mankind attains every day in technology leads to the destruction of the very life factor on this earth.

I hope, Now you better understand the actual meaning behind the above einstein tech quotes.