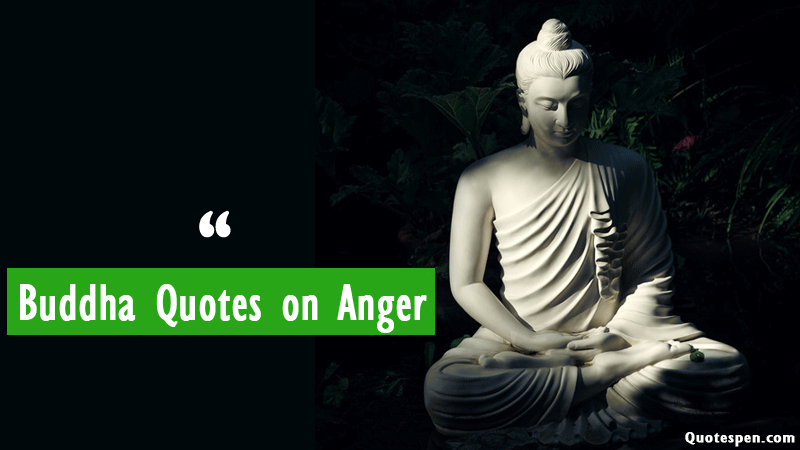 Buddha, one of the most followed spiritual teachers in this world. Hence this has resulted in the creation of a religion called Buddhism. His faith in enlightenment has made him free from attachments, compassionate, and learned to be happy in the current state. He has dedicated his entire life to the search for enlightenment. Also, he spent a life educating others on how to live happily and to control anger. So Buddha’s quotes on anger become famous for many reasons.

One of the major which Buddha focused was anger management. Because he very well knows how destructive anger could be. Anger is one emotion that not only affects one badly but also impacts others. Many situations in the current global state are due to the reason that we don’t know how to manage our anger and hate.

Certainly trying to suppress or ignore anger is not a solution at all. The best way to address it is to know in detail about it, acknowledge it, and address it properly. When you approach anger with a mentality that ‘it is bad, it simply creates issues in your own mental state. Rather, we should understand it as a vibration of energy and use it for changing ourselves, improve, and develop.

Anger Buddhism Quotes give one great insight into the methods to adopt and the way one should approach anger. Anger is one’s own emotion and you can’t really blame others for that. Consequently, the action you do when you are angry doesn’t take you anywhere. Probably, it creates unproductive and stressful circumstances for no reason. The best way to manage anger is to simply accept its presence and to give it a pause.

Buddha Quotes on Anger in English

Anger is like firestone on hands. It will harm us like a hidden enemy. So, don’t be angry. Below are some best buddha quotes about anger with images that will help you to manage your anger quickly.

Keeping anger in mind is like holding a hot coal with the intention of throwing it on someone else; You are the one who burns in it. – Gautam Buddha 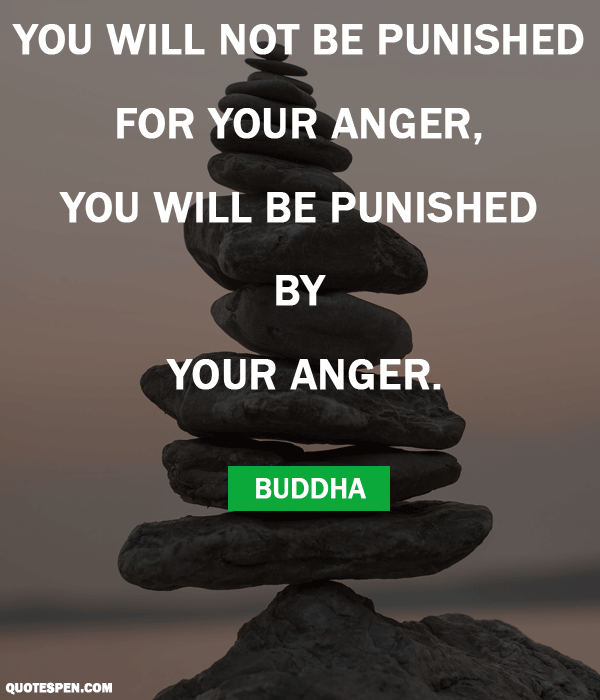 As soon as we become angry in a dispute, we leave the path of truth and start trying for ourselves. – Gautam Buddha 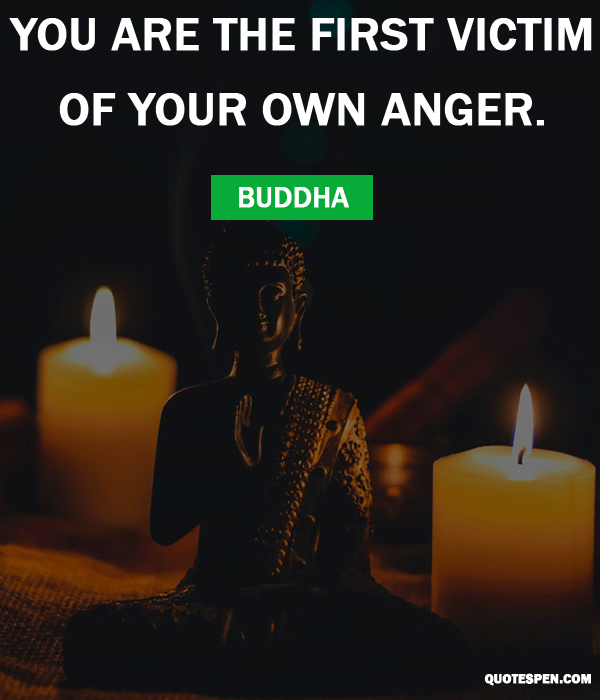 You are the first victim of your own anger. 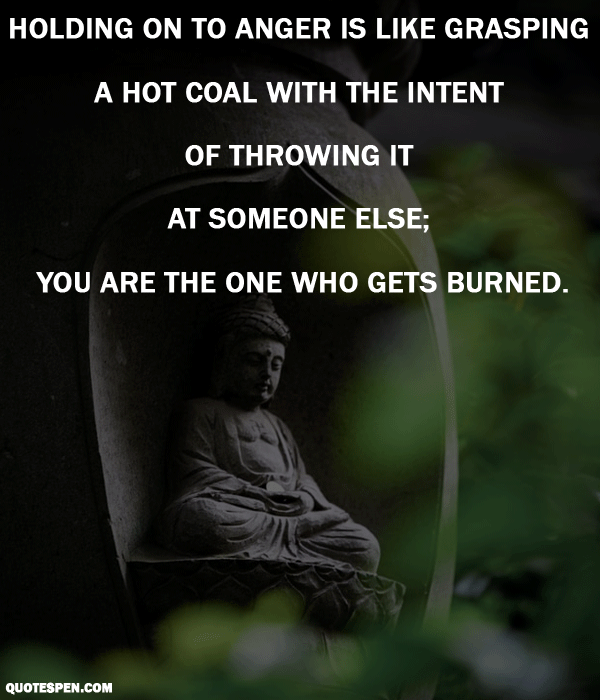 Holding on to anger is like grasping a hot coal with the intent of throwing it at someone else;
you are the one who gets burned.

Better than a thousand hollow words, is one word that brings peace.

Holding onto anger is like drinking poison and expecting the other person to die.

In a controversy the instant we feel anger we have already ceased striving for the truth, and have begun striving for ourselves. 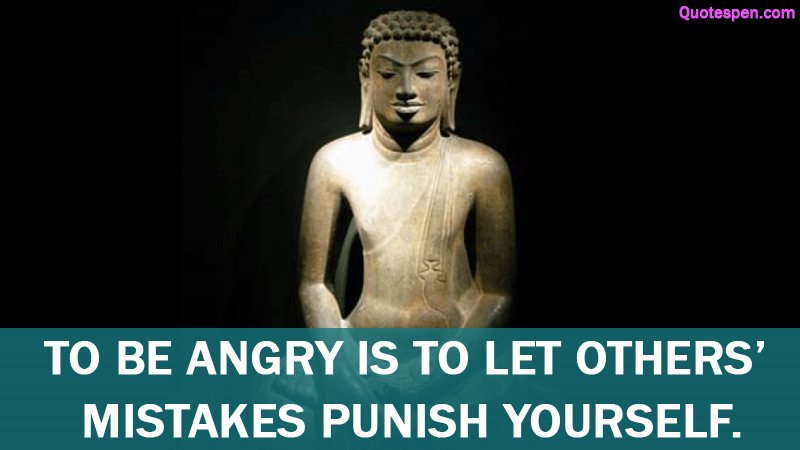 To be angry is to let others mistakes punish yourself. 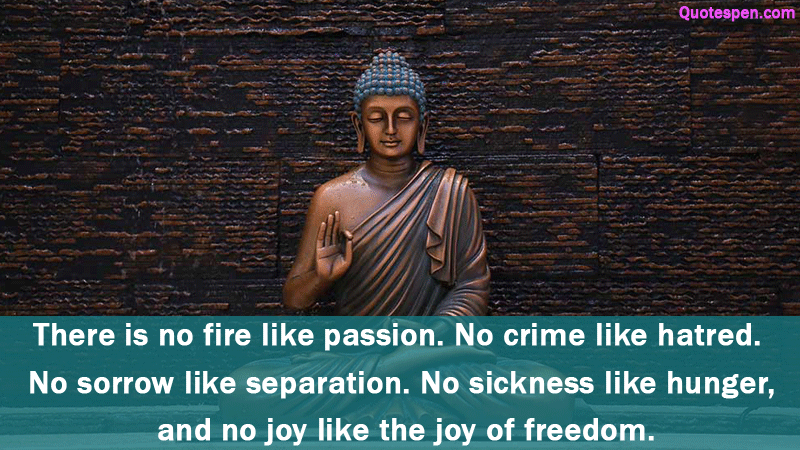 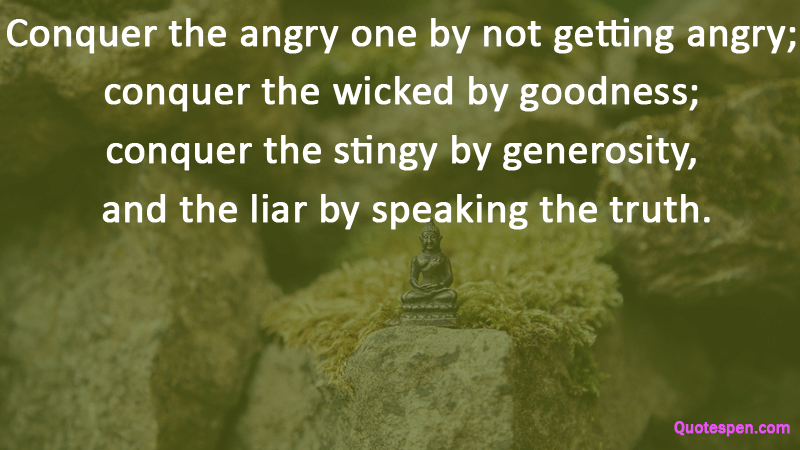 Conquer the angry one by not getting angry; conquer the wicked by goodness;
Also, conquer the stingy by generosity, and the liar by speaking the truth.

Anger is a big hidden enemy of humans. We don’t think, how much it can hurt us internally. Guatama Buddha said many life-changing thoughts about anger. Buddha’s quote has very deep meanings. Buddha’s anger quotes will help you to control your anger. Some of the best quotes are below:- 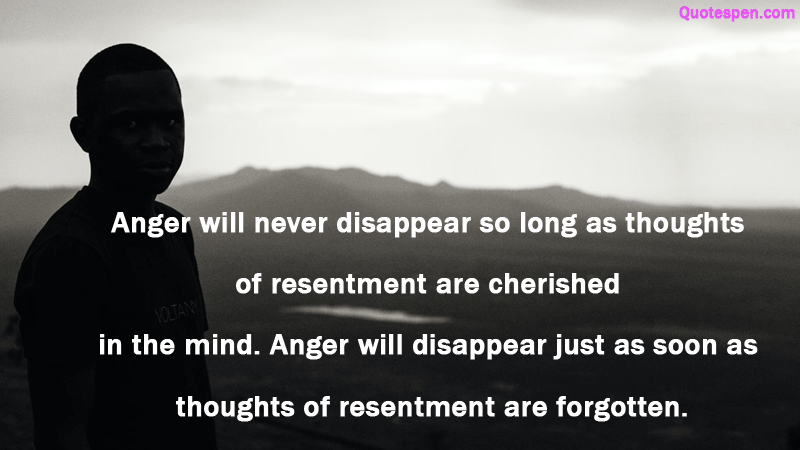 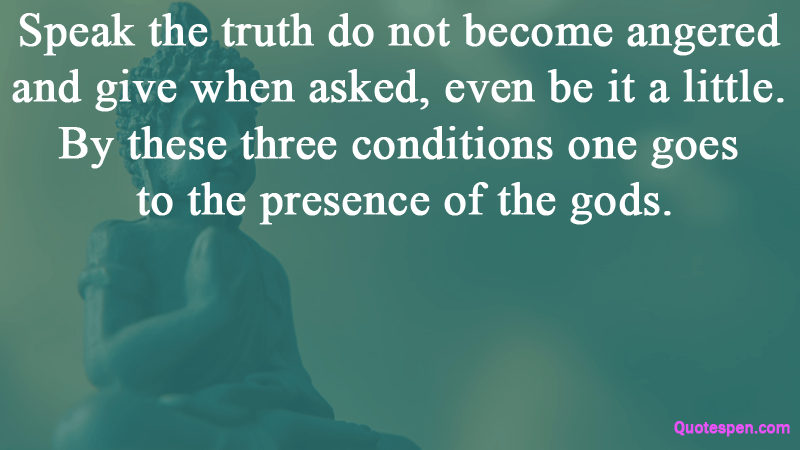 Speak the truth do not become angered and give when asked, even be it a little.
By these three conditions, one goes to the presence of the gods. 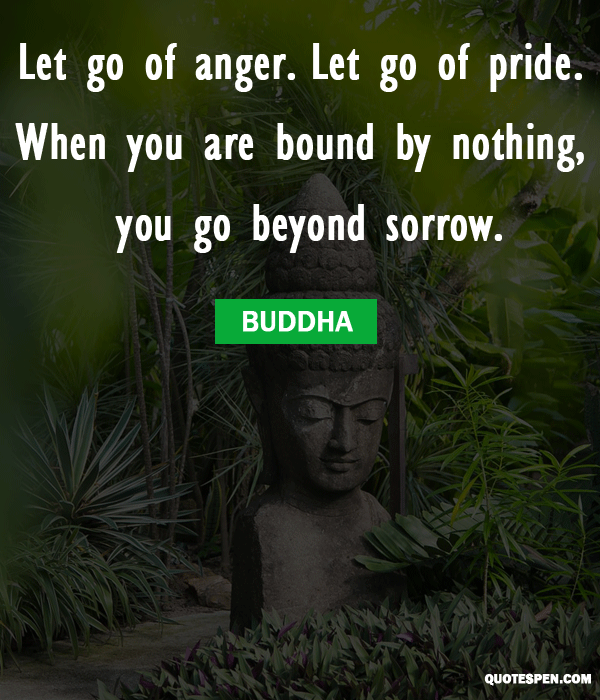 Let go of anger. Let go of pride. When you are bound by nothing, you go beyond sorrow. 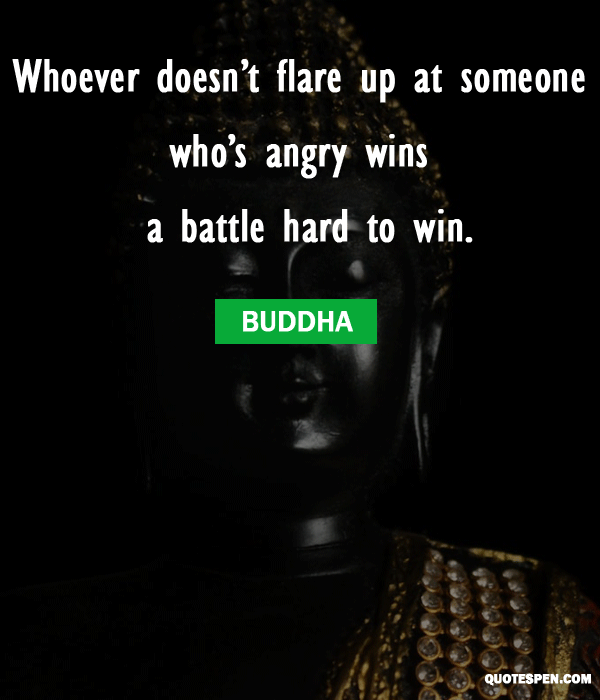 Whoever doesn’t flare up at someone who’s angry wins a battle hard to win. 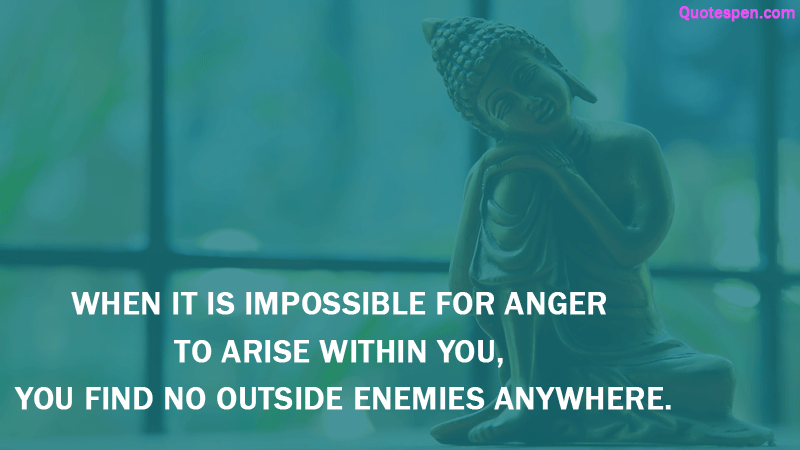 When it is impossible for anger to arise within you, you find no outside enemies anywhere. 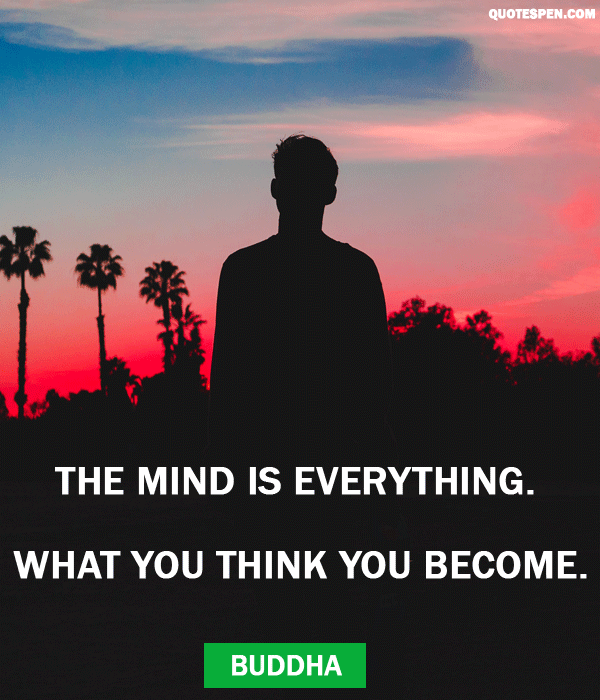 The mind is everything. What you think you become. 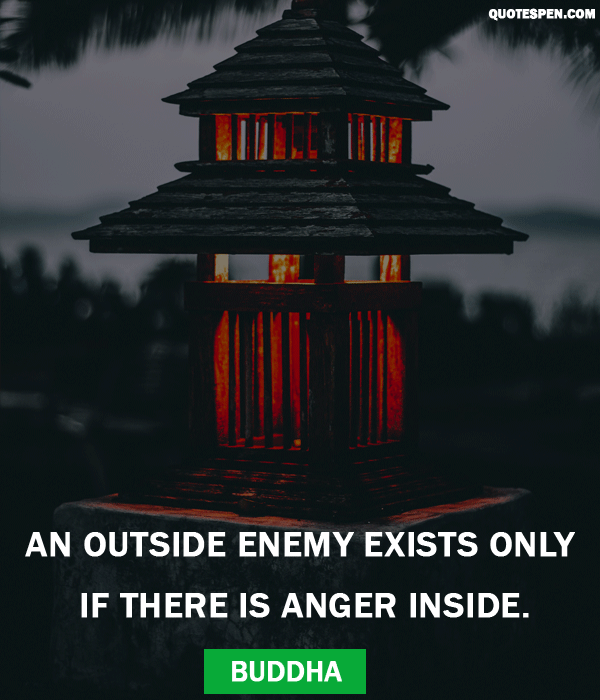 An outside enemy exists only if there is anger inside. 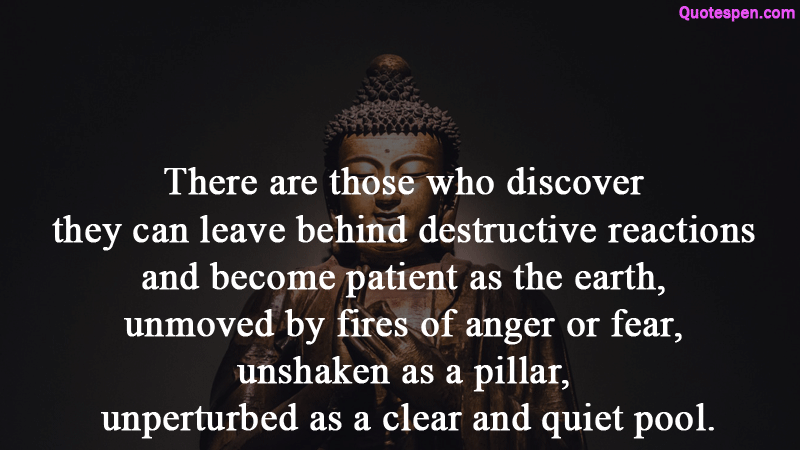 There are those who discover they can leave behind destructive reactions and become patient as the earth,
unmoved by fires of anger or fear, unshaken as a pillar, unperturbed as a clear and quiet pool.

Powerful Buddhism quotes images on anger that will help you to calm down your anger. 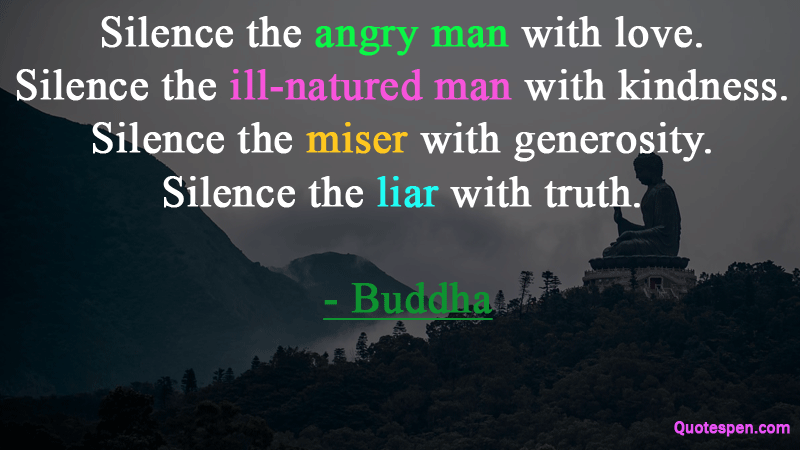 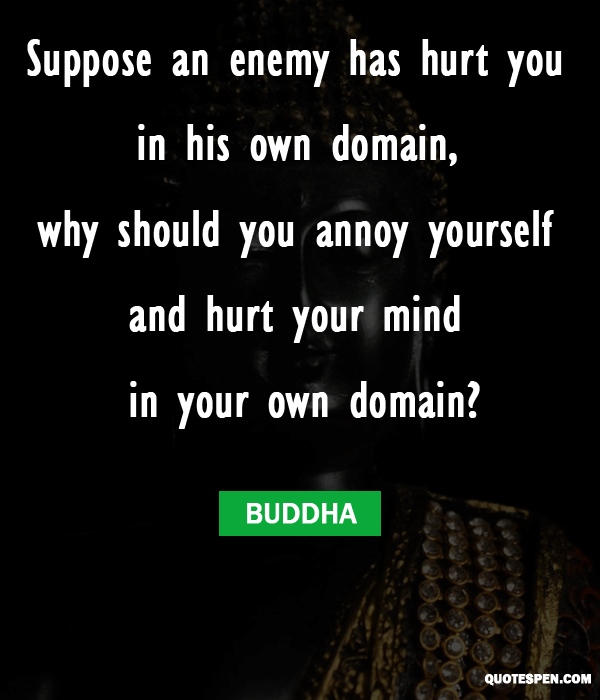 Suppose an enemy has hurt you in his own domain,
why should you annoy yourself and hurt your mind in your own domain?

In the age of mobile technologies and artificial intelligence, many depend on these to engage anger and rage. Social media and communication platforms became a stage to show our anger. Sharing Gautama Buddha quotes on anger online is one of the most constructive ways to deal with anger. Maybe the anger is happening for self or for others, sharing ‘how it is feeling’ will give a great relaxation. Presenting the rightly chosen Buddha anger quotes to learn, enjoy, and share with your near and dear ones. Who knows, it can help you to get rid of anger and its bad impact on physical and mental health.

I hope, above buddha quotes opened your eyes. So, stop angry and do not think about the past. Try to live in present. It will help your life easy and best. As well, don’t forget to share these quotes with your friends and relatives. It will be helpful for them.