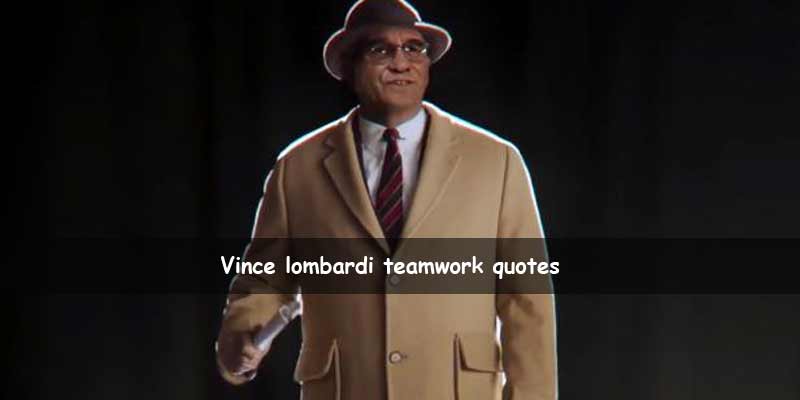 Vince is considered one of the greatest coaches and leaders in the history of American sports. He was a phenomenal coach during his lifetime and is still regarded as one of the greatest coaches in the history of football. Vince could lead the team. If you also want to raise good leadership skills like him then you have come to the right article. Because further in this article we have listed Vince Lombardi’s quotes for teamwork.

Vince Lombardi was born in the year 1913 in Brooklyn, New York City. He was the eldest of his five siblings. Lombardi began his coaching career as an assistant. He then served as a head coach at St. Cecilia High School in Englewood, New Jersey. From 1959 to 1967, he became the head coach of the Green Bay Packers. He then became the head coach of the Washington Redskins in 1969. Vince died suddenly of cancer in 1970, after which the NFL Super Bowl trophy was named in his honour. Vince was a good football coach. Vince’s courageous words and commitment set him apart from others. If you also want to develop the spirit of leadership and teamwork, here we have listed some Vince Lombardi quotes. So let’s take a look at these.

People who work together will win, whether it be against complex football defenses or the problems of modern society. 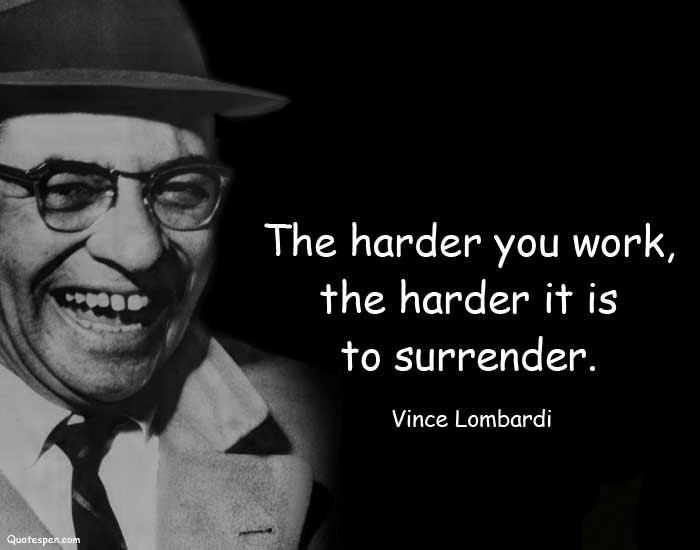 The harder you work, the harder it is to surrender. Vince Lombardi

No leader, however great, can long continue unless he wins battles. The battle decides all. 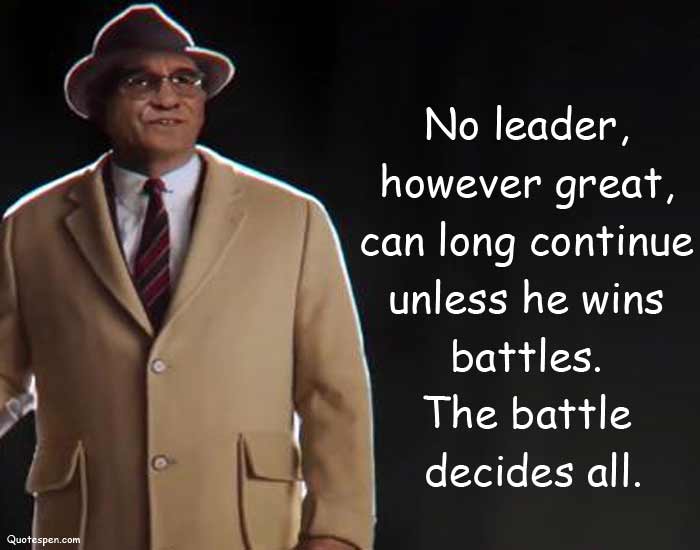 It is essential to understand that battles are primarily won in the hearts of men. Men respond to leadership in a most remarkable way and once you have won his heart, he will follow you anywhere.

The leader can never close the gap between himself and the group. If he does, he is no longer what he must be. He must walk a tightrope between the consent he must win and the control he must exert.

Leaders are made, they are not born. They are made by hard effort, which is the price that all of us must pay to achieve any goal that is worthwhile.

A leader must identify himself with the group and must back up the group, even at the risk of displeasing superiors. He must believe that the group wants from him a sense of approval. If this feeling prevails, production, discipline, and morale will be high, and in return, you can demand cooperation to promote the goals of the community.

Having the capacity to lead is not enough. The leader must be willing to use it.

Leadership is not just one quality, but rather a blend of many qualities; and while no one individual possesses all of the needed talents that go into leadership, each man can develop a combination to make him a leader.

Leadership rests not only upon ability, not only upon capacity – having the capacity to lead is not enough. The leader must be willing to use it. His leadership is then based on truth and character. There must be truth in the purpose and willpower in the character.

The price of success is hard work, dedication to the job at hand, and the determination that whether we win or lose, we have applied the best of ourselves to the task at hand.

Build for your team a feeling of oneness, of dependence on one another, and of strength to be derived from unity. Vince Lombardi

The achievements of an organization are the results of the combined effort of each individual. Vince Lombardi 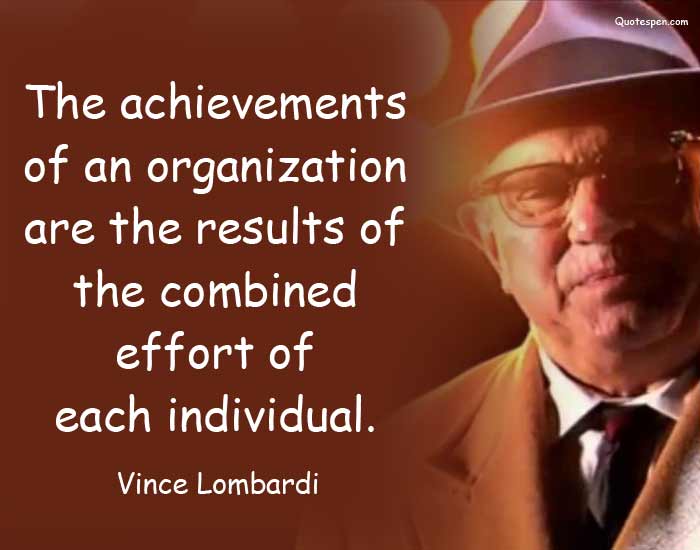 Teamwork is what the Green Bay Packers were all about. They didn’t do it for individual glory. They did it because they loved one another. Vince Lombardi

Individual commitment to a group effort – is what makes a team work, a company work, a society work, and a civilization work. 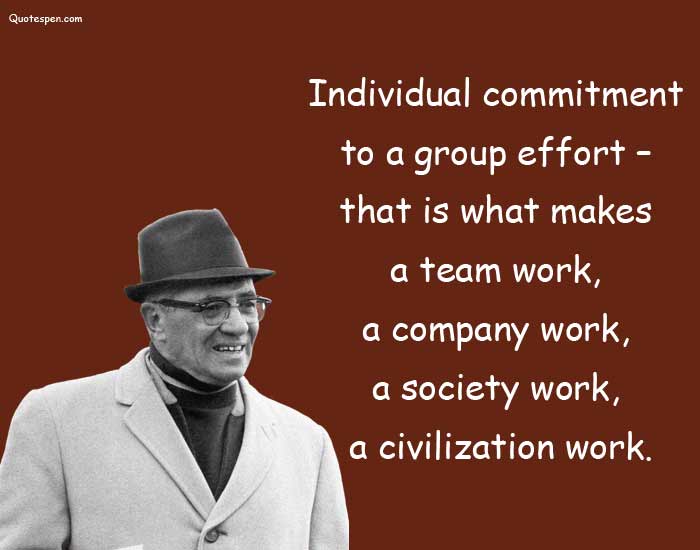 People who work together will win, whether it be against complex football defenses or the problems of modern society.

Some of us will do our jobs well and some will not, but we will be judged by only one thing-the result.

Lombardi was fair-tempered. He was known for having zero tolerance toward race and gender discrimination during his NFL coaching career. You will be able to inspire yourself for leadership through the quotes written in this article. These quotes will surely help in inculcating the spirit of teamwork in you. We hope you liked today’s article. Do share it with other people through your social media platforms.

Also, You love to read: